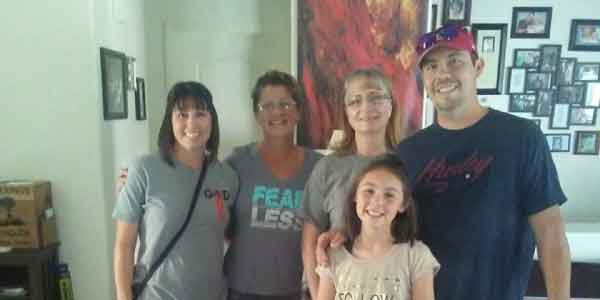 Saturday, November 9th we sent out our first Treasure Hunt team. Treasure Hunt teams go out into the highways and byways and seek for God’s treasure. That treasure is people. What they do is before going out into the community they spend time praying and asking God to give them clues as to who they should go talk to and where they can find them. After writing down the clues that they feel God has given them, they go out looking for people.

This Saturday they went out and ended up meeting a new family that had just moved to Mesquite and were getting on their feet. They were able to pray for this family that God would open up the doors for jobs and a permanent place to live. They also met a man with a curved spine. After receiving prayer for healing the man reported that he was pain-free! What a mighty God we serve!

We call this “doin the stuff.” Watch this video to understand more.

During our October 27th Praise and Worship night it seems we had an angelic visitation. While we were being quiet and listening...
Read more
Testimonies

Banker Comes Under The Conviction Of God

Recently I was switching my bank accounts from California to Nevada. I went into the local branch of my bank and met...
Read more